Inauguration of the new production hall at the Breidenbach site with a large evening event.

Recently, CHRISTMANN + PFEIFER had several good reasons to celebrate at its company location in Breidenbach: in addition to the inauguration of the new production hall, the 20th anniversary of the C + P Training Center and the summer reception of the municipality of Breidenbach were held in large framework.

500 invited guests accepted the invitation under the motto "C + P moves – steel meets sports" and experienced a special evening in the industrial ambience of the production hall.

In the best summer weather and enjoying delicious street food, the guests had the opportunity to get together casually or to visit the site as part of factory tours.

In the following official part, Managing Director Rolf Heinecke welcomed the guests and described the motives for the construction of the new hall and the way there. As a company with almost 100 years of history in industrial construction, C + P wants to develop its own products in the future, such as the modular Preflex® Parking Garage, whose panel elements are manufactured and stored in the new hall.

Afterwards, Rolf Heinecke and Bernd Feige, Managing Director of C + P Bildung, gave a brief review of the founding of the C + P Training Center, whose 20th anniversary provided the second occasion for celebration. Technical trainees from 70 member companies learn together in this unique training alliance and are thus optimally prepared for their examinations and professional life.

Breidenbach's mayor Christoph Felkl also used the stage for a small speech – after all, the evening was also the summer reception of the municipality of Breidenbach.

Afterwards, there was a lot of movement on stage as part of a show program, because the gymnasts of the Kunstturnvereinigung Obere Lahn and their guests entertained the audience with an impressive sports program. Movement in front of the stage followed in the context of a disco party, which also provided an opportunity for lively conversations and exchanges. 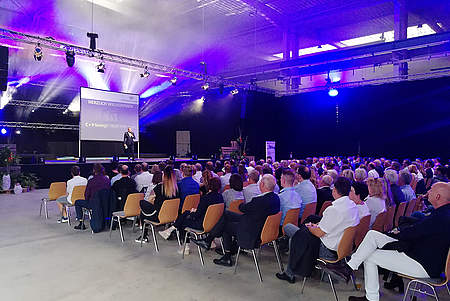 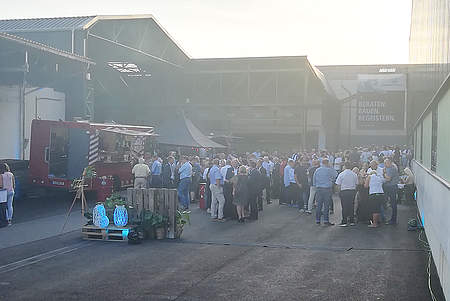 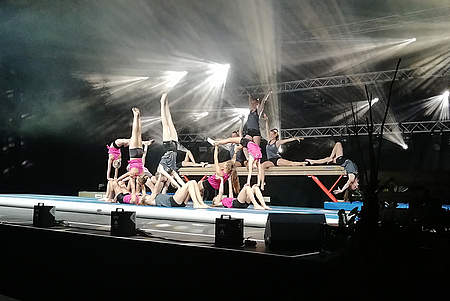 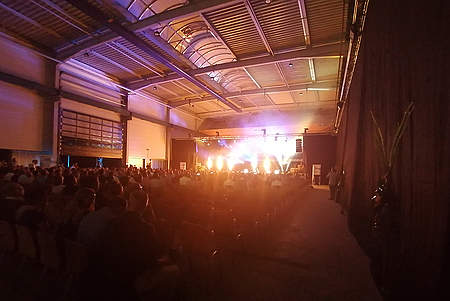 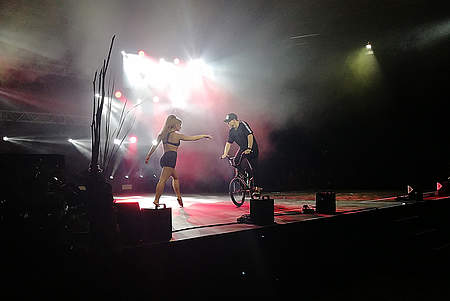 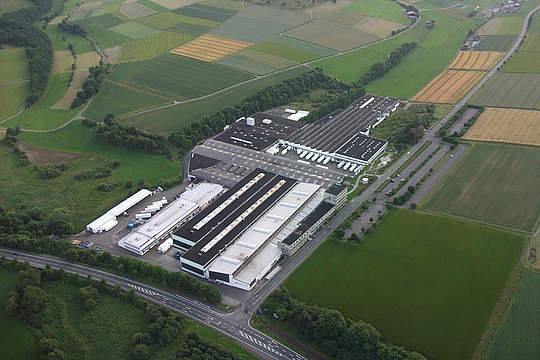