New brooms sweep better. In keeping with the popular saying, the CHRISTMANN + PFEIFER (C + P) group has completely upgraded its Freiberg structural steelwork production facility with an investment of 2 million euros. The first test runs took place as early as the end of May, and in the meantime the modernized production facility has redesigned and simplified the day-to-day work of the workforce. The company's initial assessment is positive.

From hardware to technology and software, the production hall was completely re-equipped. The choice fell on a drilling-sawing system and a new automated blasting system from the manufacturer Ficep. In addition to the classic machining options, this now also allows milling, notching, thread cutting and countersinking of bores as well as scribing of entire geometries on the beams. Furthermore, the entire plant was equipped with new crane systems in order to further minimize susceptibility to faults in the production process. The CAD/CAM-controlled systems with a high degree of automation enable the economical and smooth production of steel components. An online production control system supports compliance with even complex construction sequences with critical deadlines.

In-house structural steelwork production with the latest machinery is a tangible advantage for end customers, as it guarantees high quality and adherence to schedules. Thanks to the flexible control of production capacities, C + P is always in a position to realize steel construction projects of the most varied sizes in a customized and precise manner.

However, the investments are not least also an investment in the employees: "We can offer our applicants for the currently open positions really high-quality equipped workplaces," sums up C + P General Manager Rolf Heinecke.

The company sees itself encouraged to continue on its chosen course: Further investments in Freiberg are already planned. For example, a new drill-burning plant is to be added to the machinery in the near future. The path towards model-based and digitalized production is being driven forward at full speed.

CHRISTMANN + PFEIER has had its own company site in Freiberg / Saxony since 1993 and produces steel structures for commercial and industrial buildings or bridges. The investment is a commitment to the location as well as to the material: "Steel has a future, not least because of its infinite recyclability. Steel can theoretically be produced green in the future - and that alone makes this major investment in the future sensible," adds Rolf Heinecke. 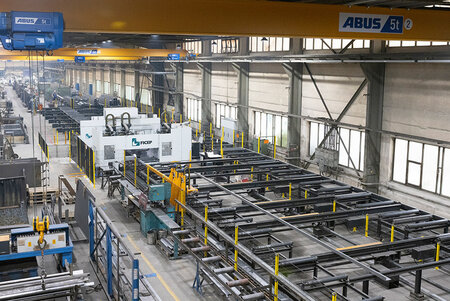 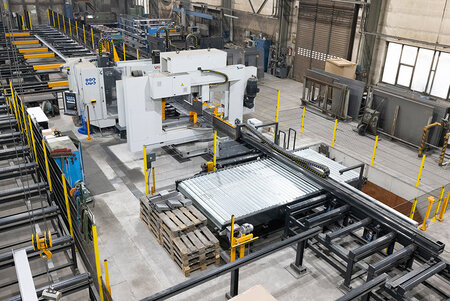 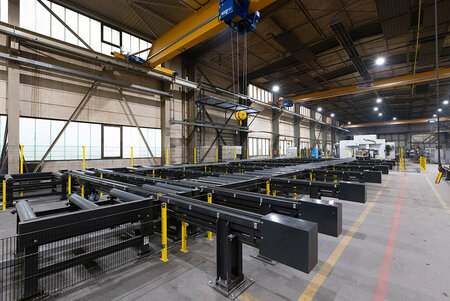