A contemporary and ultra-modern car dealership was built in Nuremberg on 44,000 square meters of land.

It is not the first car dealership that CHRISTMANN + PFEIFER has realized. But it is the largest project of its kind to date: BMW invested 50 million euros in its new Nuremberg location in order to bundle the three previously independent car dealerships for the BMW, Mini and BMW motorcycle brands, which were scattered throughout the city, in one place. A contemporary and ultra-modern car dealership along the 140-meter-long facade.

The implementation of the design by the Bremen-based architects beichler + rohr was confidently placed in the hands of C + P Turnkey Construction as a general contractor. In a C + P-internal and cross-location joint venture, in which several C + P companies participated, the building complex was then realized in just over two years of construction time - in the end, by the way, the execution took less time than the entire planning phase...

The task catalog for C + P was clearly outlined: The task was to construct three main buildings on 44,000 square meters of land and with around 20,000 square meters of gross floor area and to develop them on a turnkey basis. In addition, there was a sales pavilion for used cars built from C + P modules, a gatehouse with a floating roof as the central entrance and exit and, last but not least, the outdoor facilities linking all areas and providing 390 parking spaces alone. Service, sales and workshop were clearly separated - after all, 300 employees should be able to work well and productively here.

All in all, the project was a welcome challenge for C + P, which the team was able to accept with high motivation and confidence in their own competence. The size, the tight schedule, but also the increasingly complex requirements for the sustainability of a green building with 9,000 square meters of green roof alone and, last but not least, the corona pandemic affecting almost the entire construction period made the project even more extraordinary than was foreseeable from the outset.

The jointly agreed schedule was nevertheless adhered to, mainly because the many C + P cogs interlocked precisely and silently. The different competence centers realized steel, roof, wall, facade, planning and execution. "The internal joint venture laid the foundation for the spot landing on schedule. On this scale, it was the first project that we realized together with different C + P companies," Matthias Acker, Managing Director of C + P Schlüsselfertiges Bauen, sums up the result. "In between, however, such a project is also extremely exhausting - it really strains everyone involved to the maximum. But it's also great when the result is right and the client is satisfied," says Project Manager Frank Schmidt-Piasek, looking back on the demanding construction period.

And so C + P is happy to pass on its thanks to all the many companies that have contributed to the success as subcontractors and partners. From the green field to the world's largest BMW branch: A beautiful project has come to an end. 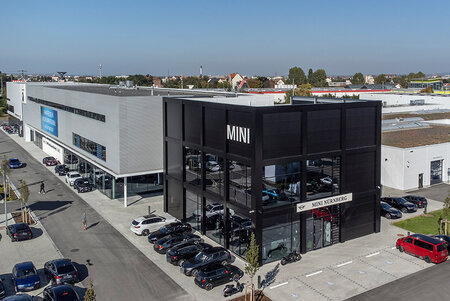 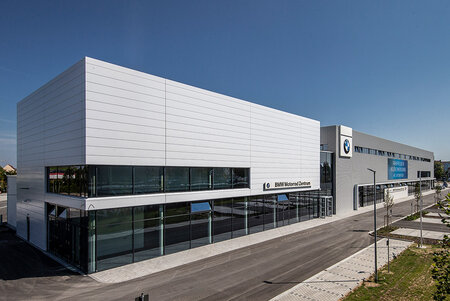 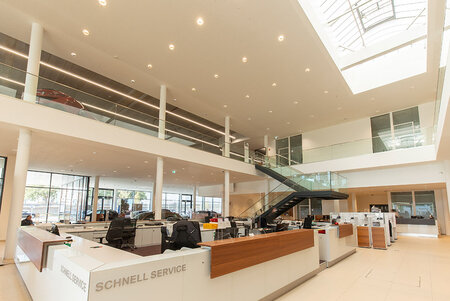